Photo of the Day

PHOTO OF THE DAY: 'MAN' APPEARS

The public got its first glimpse of what the "new" Freeman water tower will look like as workers with Maguire Iron made progress on painting Thursday, Aug. 6. The tower will feature the Freeman city logo with gold trim; the bottom portion of the bowl will be maroon, as will be the legs. Work is expected to be completed by the end of the month. 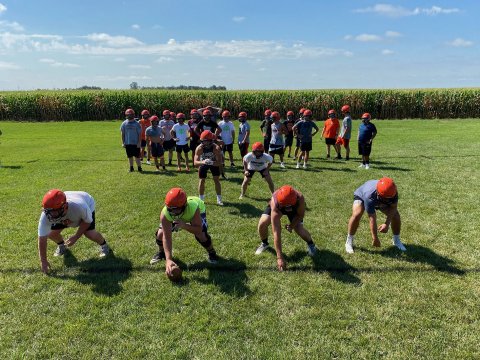 PHOTO OF THE DAY: DAY ONE

Players on the Canistota/Freeman football team run through drills on the first day of practice Thursday morning, Aug. 6. Two two-time defending 9A champions join other teams from across the state on the gridiron in preparation for the 2020 season; their first game is against Chester Area in Canistota Friday, Aug. 21. Soccer practices began on Monday and cross-country and volleyball participants will report for their first day next Thursday, Aug. 13. 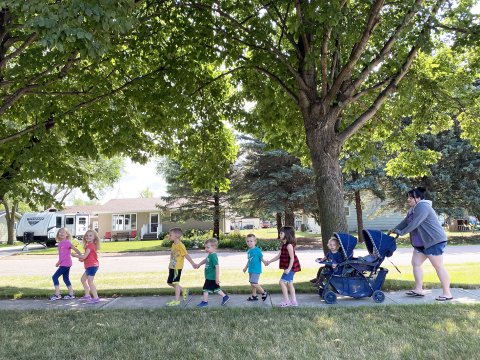 PHOTO OF THE DAY: MORNING STROLL 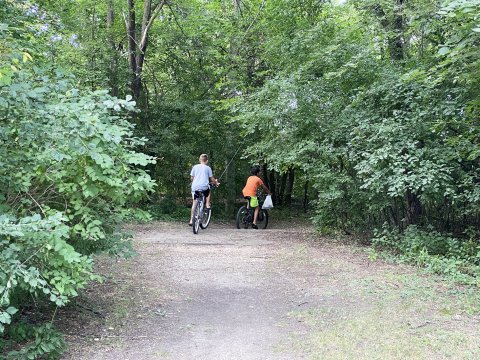 PHOTO OF THE DAY: GONE FISHING

Gideon Rembold and Lane McCune ride their bikes through Dead Man's Alley to go fishing at the Freeman Prairie Arboretum on a beautiful Tuesday morning, Aug. 4. This week's weather is conducive to all outdoor activities, with highs comfortably in the 70s and no chance of rain. A warm-up is expected this weekend. 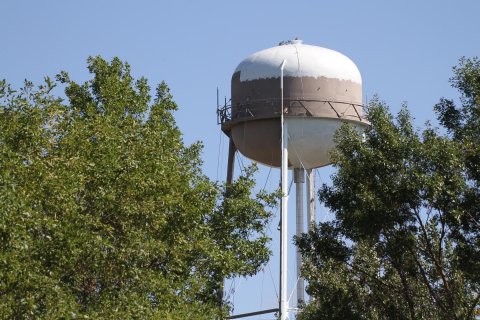 Progress is apparent early this week on the water tower maintenance project underway in the city of Freeman. The blue, led-based paint has been stripped and workers are moving toward the repainting of the structure. This is the third week of the project, which is expected to be wrapped up by the end of this month. 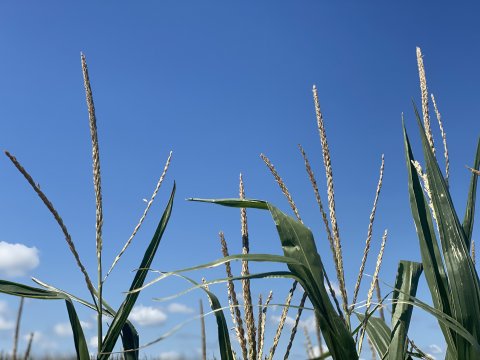 PHOTO OF THE DAY: GREEN GROWTH

Corn continues to mature as we head further into the growing season and closer to what is expected to be an outstanding harvest. 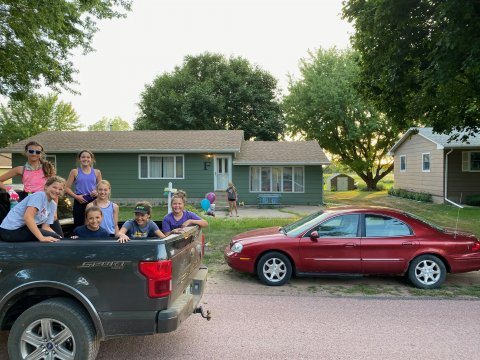 PHOTO OF THE DAY: DRIVE-BY SUPPORT

Members of the Freeman 12u softball team smile for a photo in front of Sam Fransen's home last Thursday evening, July 30. The team dropped off balloons, small gifts and offered support for both Sam and teammate Vaida Ammann, who are quarantined at their homes after being around COVID-19 exposures. The mini-parade was organized by coach Dena Deckert and the 12u girls. 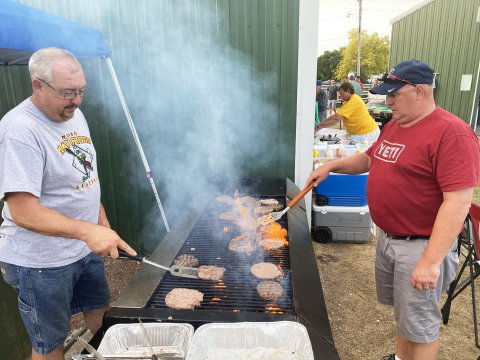 Jai Walter and Jeff Liebl grill hamburgers at the Lily Pad in Menno on what was a picture perfect Thursday evening, July 30. The burgers were served along with a host of other options at the concessions stand during the District 6B baseball games, all of which are being hosted by Menno. Two games were played on Thursday; in the first, Lesterville hung on to beat Menno 7-5, which was followed by a 14-6 win for Tabor over Irene. 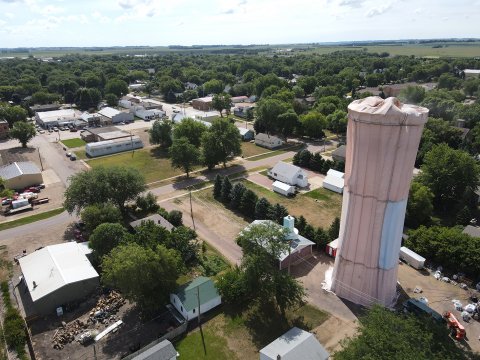 PHOTO OF THE DAY: TENTING THE TOWER

A tent covers the Freeman water tower as workers remove led-based paint from the structure as part of the maintenance project that has been underway since July 13. 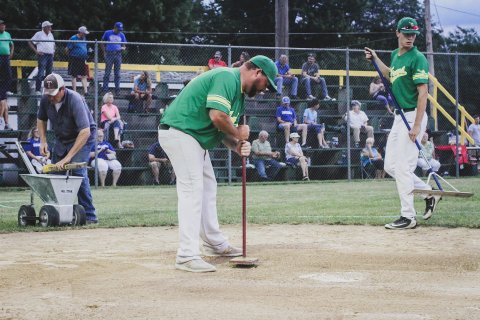 PHOTO OF THE DAY: RIGHT AT HOME

Ryan Liebl, manager of the Menno Mad Frogs, prepares the batter's box in-between Tuesday's night's two semifinal games that saw No. 5 Wynot upend No. 1 Tabor 5-1 and No. 3 Crofton take down No. 2 Menno 10-5. It was a late night for folks who took in the second game, which was delayed because of both the length of the first game and lighting in the area. Scheduled to start at 8 p.m., the Menno/Crofton game didn't get underway until after 11 p.m., with the final out coming around 1:45 a.m.

Have you ever been to the motorcycle rally in Sturgis?